Tom Litzinger has been the Director of the Leonhard Center since July 1997. From 1992 until his appointment as a director, he served as the Penn State principal investigator of the Engineering Coalition of Schools for Excellence in Engineering and Leadership (ECSEL). Through his experience with ECSEL, he developed a broad understanding of the changes needed in engineering education and the drivers for change.

An award-winning teacher and researcher, Dr. Litzinger provides leadership on issues related to engineering education in Penn State’s College of Engineering. Through ECSEL he was involved not only in the curricular and teaching/learning reform but also in the faculty and student development programs required to bring about change. Through his applied research for industry, allows him to stay abreast of the skills and knowledge required for students to succeed in the workplace.

A recognized expert on internal combustion engine performance and emissions, he has served as a consultant to Texaco, Equilon, NIST, and the Commonwealth of Pennsylvania.

Dr. Litzinger received his BS degree in Nuclear Engineering from Penn State in 1977, graduating as the top student in the College of Engineering. He obtained his master's degree at RPI through the Advanced Engineering Program of General Electric, where he was employed from 1977 to 1981. He then obtained his PhD from Princeton and joined Penn State in 1985. He and his wife, Mary Ellen, endowed the Thomas Briggs Hunter Memorial Award for Service Leadership in memory of one of his PhD students. 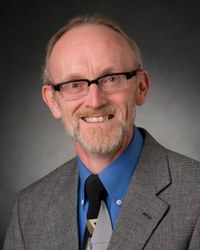