Alan R. Wagner is an assistant professor in the Department of Aerospace Engineering and a research associate in the Rock Ethics Institute. He received his Ph.D. from Georgia Institute of Technology’s College of Computing. His research and teaching interests focus on the development of techniques that allow robots to interact with a wide variety of people in various different social contexts.

Wagner is currently investigating human-robot trust and the conditions that encourage or discourage people from trusting robots as well as the possibility of developing robots that will evaluate whether or not they can trust people. Application areas for these interests range from military to healthcare, with particular emphasis on search and rescue and humanitarian applications.

Wagner’s research has won several awards, including being selected for by the Air Force Young Investigator Program. His research on deception has gained significant notoriety in the media resulting in articles in the Wall Street Journal, New Scientist Magazine, the Journal of Science, and was described as the 13th most important invention of 2010 by Time Magazine.

His research has also won awards within the human-robot interaction community, such as the best paper award at RO-MAN 2007. He also holds a master’s degree in computer science from Boston University and an undergraduate degree in psychology from Northwestern University.

Wagner’s latest book, An Introduction to Ethics in Robotics and AI (Springer, 2021, with Christoph Bartneck, Christoph Lütge, and Sean Welsh), is meant to provide balanced and, at times, conflicting viewpoints as to the benefits and deficits of artificial intelligence through the lens of ethics. 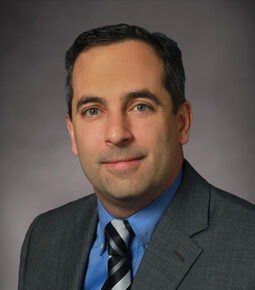