Ben Jones is the assistant director of the Rock Ethics Institute and has a PhD in political science from Yale University, where he was a Beinecke Scholar. He does research in moral, legal, and political philosophy and the history of political thought. He is author of Apocalypse without God: Apocalyptic Thought, Ideal Politics, and the Limits of Utopian Hope (Cambridge University Press) and co-editor with Eduardo Mendieta of The Ethics of Policing: New Perspectives on Law Enforcement (New York University Press).

Dr. Jones currently is working on a book manuscript entitled “Making Protection of Life a Priority: The Ethics of Police Deadly Force.” This project examines how existing law and police practice fall short of prioritizing the protection of life—a principle found in many use-of-force policies—and what that principle demands of police and democratic institutions that oversee them.

His research has appeared in the Journal of Applied Philosophy, Political Research Quarterly, Journal of Criminal Law and Criminology, and various other venues, including popular outlets like The Washington Post and Philadelphia Inquirer. You can find more information about his research at his Academia.edu page.

Before coming to Penn State, Dr. Jones worked for over eight years on criminal justice reform in the nonprofit sector. As the executive director of the Connecticut Network to Abolish the Death Penalty, he directed the statewide organizing, lobbying, and media campaign that successfully repealed Connecticut’s death penalty. Afterwards he worked as a campaign strategist for Equal Justice USA providing support to criminal justice reform efforts in a number of different states. 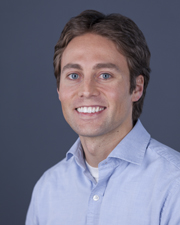