Bryan McDonald’s research focuses on the intersection of environment and security around food in American history since the end of World War II. His current book project examines the use of food as a form of American power from 1945 to 1975. He is also working on an interdisciplinary manuscript that uses history and ethics to examine the ideas used by Americans during the second half of the twentieth century to conceptualize good food. 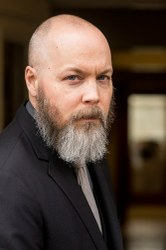