Daryl Cameron is an associate professor in the Department of Psychology and a senior research associate in the Rock Ethics Institute. He completed a summer post-doctoral appointment at the Duke University Kenan Institute for Ethics and was a Fellow at the Stanford University Center for Compassion and Altruism Research and Education (CCARE). Cameron is also a member of the Moral Psychology Research Group, an interdisciplinary group of psychologists, neuroscientists, and philosophers who study moral cognition.

Cameron’s research and teaching focus on the psychological processes involved in empathy and moral decision-making. Much of his work examines motivational factors that shape empathic emotions and behaviors toward others.

This line of research is united by the theme that empathy is often a motivated choice: many apparent limitations of empathy may result from how people strategically weigh their costs and benefits.

For instance, Cameron has examined why people exhibit more empathy for the suffering of single identifiable victims (e.g., Cecil the Lion) than for large numbers of victims (as in natural disasters, epidemics, and genocides).

He is currently examining how the motivation to avoid emotional and financial costs of empathy can produce such empathy deficits. In related work, he has examined how the motivation to avoid emotional exhaustion and burnout can lead people to dehumanize—or deny mental states to—socially stigmatized targets (e.g., drug addicts). More recently, Cameron has been extending this framework to understand variation in empathy in political contexts (e.g., at the Iowa Caucus) and professional contexts (e.g., among physicians).

His research on moral judgments about implicit racial bias received the Morton Deutsch Award for Best Article from the International Society for Justice Research. 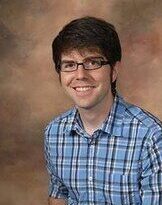