Jeremy Engels is a rhetorical scholar who studies the rhetorical foundations of democratic culture, in all their beauty, in all their ugliness, and ultimately in all their perplexity. His research asks the question, what practices of the care of the self are necessary for us to be confident, competent, capable participants in democracy and the struggle for social justice?

Dr. Engels is the author of The Politics of Resentment: A Genealogy (2015) and Enemyship: Democracy and Counter-Revolution in the Early Republic (2010) and The Art of Gratitude. For his work, he has been awarded the Karl Wallace Award and the New Investigator Award from the National Communication Association.

During his time as a Rock Ethics Institute Sherwin Early Career Professor, Dr. Engels explored the ethics of yoga and mindfulness and worked with faculty and students from across the university on a holistic living initiative. 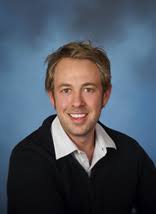