Jonathan H. Marks is director of the Bioethics Program at Penn State, where he also co-leads the Rock Ethics Institute’s Ethics and Health Initiative.

From 2009 to 2015, professor Marks was also affiliated with the Edmond J. Safra Center for Ethics at Harvard and, prior to joining Penn State, he was a Greenwall Fellow in Bioethics and Health Policy at Georgetown and Johns Hopkins Universities. He received his MA, BCL (equivalent to JD, LLM) from the University of Oxford. Marks is also a barrister and academic member of Matrix Chambers, London, and Geneva.

While in full-time legal practice, professor Marks was involved in a number of landmark cases including the Pinochet case and the Olivieri case—the latter arising from a dispute between a physician-researcher and the industry sponsor of her clinical trials.

Dr. Marks has published widely on the intersections of law, ethics, and policy, and his work has appeared in the New England Journal of Medicine, American Journal of Law and Medicine, American Journal of Bioethics, and the Hastings Center Report (among others). He has also authored or co-authored op-eds for the New York Times, Los Angeles Times and The Times (London). He has published several pieces on the role of health professionals in detention and interrogation in the “war on terror” and, more broadly, on the relationships between professional ethics and human rights, and between neuroscience and national security. Much of this work draws on his background in international law.

Much of professor Marks’s current research focuses on corporate influence in medicine and public health. His book, The Perils of Partnership: Industry Influence, Institutional Integrity, and Public Health (Oxford University Press, 2019) was a finalist for the North American Society of Social Philosophy Book Award. Although the book focuses on the food and soda industries, professor Marks has articles forthcoming in the Journal of Bioethical Inquiry and the American Journal of Law and Medicine that also address the influence of the opioid industry. In response to COVID-19, he has launched a research project entitled “Pandemics and the Polymorphism of Justice” which he outlines in a short piece forthcoming in the American Journal of Bioethics. 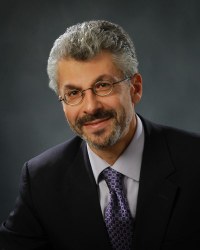