An award-winning scholar, Michelle Rodino-Colocino serves as associate professor of media studies in Penn State’s Donald P. Bellisario College of Communications. She also is an affiliate faculty in Women’s, Gender, and Sexuality Studies at the College of Liberal Arts. She taught for three years as an assistant professor at the University of Cincinnati before coming to Penn State.

Dr. Rodino-Colocino’s research has been funded by the Smithsonian Institute, Wayne State University's Reuther Library, Penn State's Institute for Arts and Humanities (now Humanities Institute), and the Bellisario College of Communications. In 2012, the Division of Critical and Cultural Studies of the National Communication Association honored her publication “Geek Jeremiads: Speaking the Crisis of Job Loss by Opposing Offshored and H-1B Labor” with its Article of the Year Award, and she was awarded the Deans' Excellence Award for Research and Creative Activity in 2014. 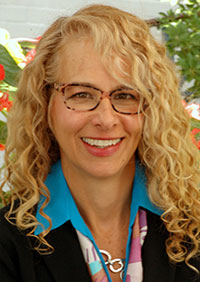