Patrick Lee Plaisance is the Don W. Davis Professor of Ethics in Penn State’s Donald P. Bellisario College of Communications. His research focuses on media ethics theory, moral psychology theory and methods, and the value systems, ethical orientations, and other factors that influence the decisions of media professionals.

He is the author of a textbook, Media Ethics: Key Principles for Responsible Practice (SAGE, 2nd Ed., 2014), which is used nationwide, and a book featuring original research, Virtue in Media: The Moral Psychology of Excellence in News and Public Relations (Routledge, 2015). He serves as editor of the Journal of Media Ethics, which is the flagship journal for peer-reviewed research in the field from around the world. He also writes a regular blog on media ethics issues for Psychology Today.

He has published more than two dozen journal articles and book chapters, and his work has appeared in research journals, including Communication Research, Communication Theory,
the Journal of Communication, and Journalism & Mass Communication Quarterly.

Before coming to Penn State, he taught at Colorado State University for 15 years. He also had a career of nearly 15 years as a newspaper journalist in New Jersey, south Florida and Virginia, where he
specialized in state-level political reporting. He received his Ph.D. From Syracuse University. 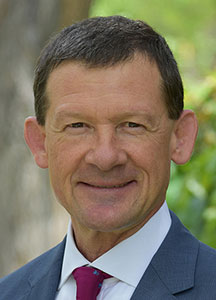