1968 Psychology
Chairman, Founder, and CEO of the Lippin Group

Richard (Dick) B. Lippin is chairman, chief executive, and founder of The Lippin Group, an international, strategic entertainment/communications public relations and marketing organization with wholly owned and operated offices in Los Angeles, New York, and London.

He began his career in the public relations industry with Harsha-Rotman & Druckin New York. He specializes in entertainment (television, music, film, video, licensing, and merchandising), new media, and investor relations. Throughout the decades, Dick also has served as a volunteer and philanthropic leader on many boards of industry and charitable organizations, such as the Paley Center for Media and the Coro Foundation. He has helped establish ethics and diversity programs at several universities and other non-profit organizations. One of his earliest initiatives was the founding of the Ronnie Lippin Cancer Information and Resource Line to help patients and their families in the Los Angeles area in honor of his late wife.

At Penn State, Dick supports the annual Richard B. Lippin Lectureship in Ethics in the Rock Ethics Institute, as well as an innovative project of the Institute and the Child Study Centerthatpromotesmoral development and ethical behavior in children. The Liberal Arts Alumni Society Board recognized Dick’s contributions to his profession and community with its 2013 Service to Society Award. 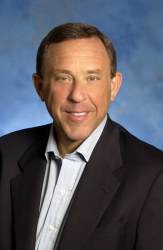