Robert Bernasconi is Edwin Erle Sparks Professor of Philosophy and African American Studies at Penn State. He is the editor or co-editor of a number of collections in critical philosophy of race including Race, Miscegenation, and Hybridity (Thoemmes, 2005), Race and Racism in Continental Philosophy (Indiana, 2003), Race (Blackwell, 2001), and The Idea of Race (Hackett, 2000). His books include Nature, Culture, Race (S.dert.rn University, 2010) and How to Read Sartre (Norton, 2007). He has also published numerous articles in critical philosophy of race and on Kant, Hegel, Heidegger, Levinas, and Fanon, among others. 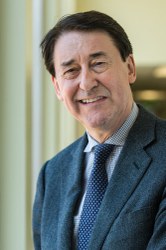