Rosemary Jolly was born in South Africa and left for Canada in 1981 with her family fleeing from the apartheid regime. She came to Penn State in 2013. Her overarching interest is in the ways in which representations of violence and reconciliation affect inter-governmental, inter-community, and inter-personal relations in contexts of conflict. Her work explores the links between living conditions of extreme deprivation, gender-based violence and coercion, and the HIV pandemic. She has worked with victim-survivors of state-sponsored torture, gender-based violence, and communities fractured by illness globally. She explores the ethics of working with highly vulnerable communities in research and development.

Dr. Jolly has published in the fields of South African literature and culture, postcolonial theory, and the critical medical humanities. Her work has involved mixed quantitative and qualitative methodologies. She is particularly experienced in qualitative analysis of oral testimony and tools of qualitative research that involve embodied gesture in addition to conventional verbalization. Professor Jolly is the first humanist to have held the Principal Investigator position on a Canadian Institutes of Health Research Grant, back in 2003. She led an interdisciplinary team of researchers in the prevention and treatment of integrated HIV/AIDS and Gender-based Violence research-based in underdeveloped, rural communities in South Africa from 2003 to 2013 when she moved to Penn State. She is the author of two monographs on intersectoral violence (most recently Cultured Violence, 2010) numerous articles, and has raised over 5 million in research dollars from a variety of different funding sources for both literary-critical work and applied research into violence and HIV treatment and prevention in under-resourced communities. She currently leads an interdisciplinary group, REACH, that researches sexual violence in a number of different contexts, from campuses to inner-city communities and conflict/post-conflict communities, to sites of refugee and military vulnerability to gender-based violence and coercion.

Dr. Jolly is the co-founder of two rape-crisis clinics in rural Kwa-Zulu-Natal, South Africa, one of which has won a national award for service excellence. 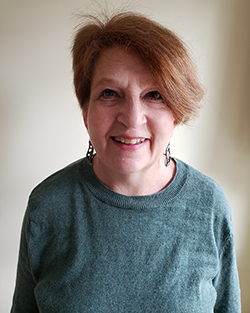