Ted Toadvine is Nancy Tuana Director of the Rock Ethics Institute and associate professor of philosophy in Penn State’s College of the Liberal Arts. He is an affiliate of Penn State Institutes of Energy and the Environment and the Penn State Social Thought Program. He has taught at the University of Oregon, Oberlin College, and Kalamazoo College and has held research fellowships with the Center for Advanced Research in Phenomenology, the Centre for Research in Modern European Philosophy, the Wayne Morse Center for Law and Politics, and the Oregon Humanities Center.

In 2003, he coined the term “ecophenomenology” to designate an approach to environmental theory that draws on the phenomenological tradition while critically reorienting its relationship with ecology and naturalism. Ecophenomenology is now a recognized field of study across the environmental humanities with proponents in ecocriticism, the arts, architecture, and animal studies, as well as philosophy.

Throughout his career, Toadvine has partnered with scholars and practitioners in other fields—including biologists, artists, architects, literary scholars, and community organizers—on such topics as climate ethics, food sovereignty, environmental justice, restoration ecology, biodiversity conservation, and environmental art and design. Through these collaborations, he has explored the role of philosophy and the humanities in interdisciplinary research and public engagement.

Current projects include The Cambridge Introduction to Environmental Humanities (co-authored with Janet Fiskio), a new edition of Encyclopedia of Phenomenology (edited with Nicolas de Warren), and a monograph on eschatology, geomateriality, and deep time. 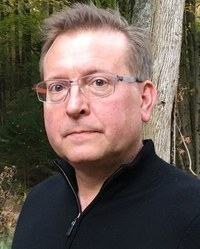