Dys-Ruptures: Protest, Rights of Speech, and the Consolidation of Power in Morocco and Western Sahara

Andrew R. Smith is professor of rhetoric and communication in the Department of Communication, Journalism and Media at Edinboro University (USA). He served for the 1998–99 academic year as Senior Fulbright Fellow in Communication and Culture at the Faculty of Letters, Mohammed V University in Rabat, Morocco, and returned there in the summer of 2011 as a Fulbright Specialist. He is a member of the Research Group on Language, Culture and Society at the Center for Doctoral Research, Mohammed V University, and a Fellow of the International Communicology Institute.

Abstract: Dr. Smith will explore how Morocco, under King Mohammed VI, has made promised reforms that seem appealing at first glance. However, they have also consolidated power even further and bolstered a perception of monarchical legitimacy under the “rule of law.” Drawing from Moroccan and Continental cultural theory, his presentation will reflect on how the oppressive Moroccan “makhzen” government apparatus impinges on freedom of speech in Morocco and holds serious implications for the disputed territory of Western Sahara, occupied by Morocco. Significantly, Western Sahara is claimed by Morocco as its southern provinces but also by the Sahrawi as a nascent Sahrawi Arab Democratic Republic sovereign state that seeks greater international recognition.

Dr. Smith’s talk is sponsored by the African Studies program in Penn State’s College of the Liberal Arts and the Human Rights and Forced Migration Initiative in the Rock Ethics Institute, which is convened by Yael Warshel and Desiree Lim. 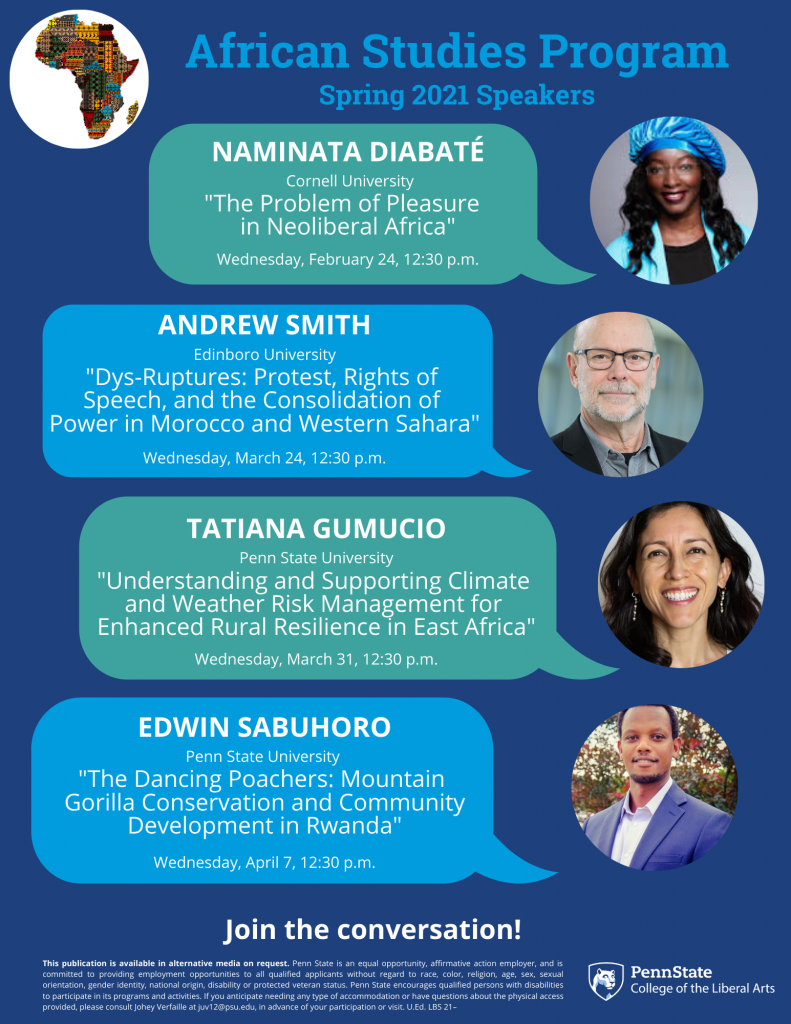